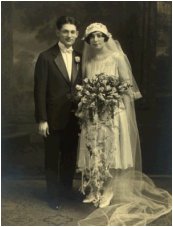 Irving Cohen met Mary Gossin in Rochester, New York in 1925. He took her ice skating, canoeing on the Genesee river and to the movies. In February 1926 they were married and in 1927 they bought their first theater in the small town of Wayland, New York.

In the years to come they would purchase or build other theaters in towns throughout Central and Western New York State, such as the Strand in Hornell, the Plaza in Corning and another theater in Mount Morris. While operating these theaters, they also raised a family of two sons, Gary and Macy, and one daughter Jacqueline. 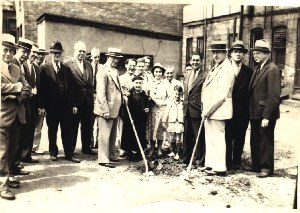 Irving Cohen with wife Mary and son Macy, breaking ground for the new Steuben Theatre in Hornell, New York, in 1937. 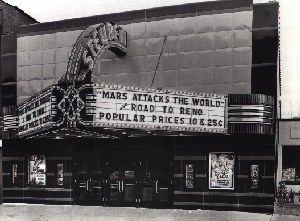 In 1937, they built their first new indoor theater in Hornell, the Stueben, known at that time as one of the most beautiful theaters in the northeast. In 1940, they purchased the historic Allendale Theater in Buffalo, which they remodeled in the 1950's and leased to several different operators. In 1949 they built the Van Buren Drive-in in Dunkirk, which they operated until it was sold to the Dipson Theatre chain in 1979. In 1950, they built the Sheridan Drive-in in Tonawanda, New York, which was closed in 1981. In 1957, they purchased the Transit Drive-in from a group of Buffalo area businessmen.

Since then, the Transit Drive-in Theater has been managed by three generations of the Cohen family. Irving and Mary's older son, Gary, managed the Transit from 1957 to 1963. Macy, their younger son, managed the theater from 1963 to 1986, increasing the parking capacity from 600 to 990 cars by 1973, introducing in-car heaters and a 12 month schedule from 1972 until 1977. 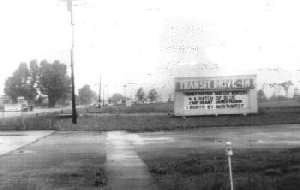 The Transit Drive-in entrance in 1966 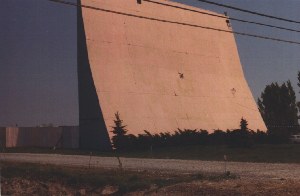 The Transit has faced several setbacks over the years. The original screen tower blew down during a wind storm in 1971. It was replaced by the current Selby screen tower, a 98' x 60' mammoth tower. A fire closed down the concession building on September 8th, 1973, but not the drive-in; "The show will go on!" was the word from Macy Cohen on that day. In the 1980's and 90's, cable television, pay per view movie channels, video rentals and multiplex shoe box theaters have presented more serious challenges.

Macy's oldest son David managed the drive-in from 1979 to 1983, and Macy's daughter Linda managed the snack bar from 1984 to 1986. Jacqueline's oldest son Rodney, visiting from Delaware in 1980, worked one summer at the drive-in while staying with his grandmother Mary, to get "a taste of the family business experience" as he puts it. David's son, Aaron, became the 4th generation of Cohen's to work at the drive-in, while visiting his Uncle Rick over the summer in 2006. 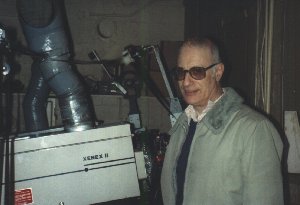 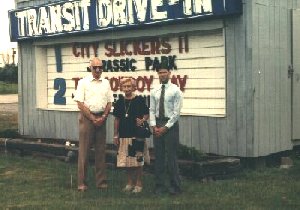 Three generations of the Cohen Family have owned the Transit Drive-in. Macy, Mary, and Rick Cohen

In 1987, Macy's youngest son, Rick, began managing the Transit, and immediately began a more aggressive, dedicated approach to the business. "I was told by my family and others that the drive-in was a dinosaur, a thing of the past, and that we'd never see the nights with over 1,000 admissions again" recalls Rick Cohen with amusement.

As a 19 year old in 1987, Rick converted the theater over to FM stereo sound and installed a platter film system to improve presentation quality. All the original speaker poles were repainted. The original 1950's neon marquee was completely rebuilt, and Rick still does his own neon repairs. Car shows, dusk 'til dawn movies, movie premiers, velcro wall jumping, hay rides, pony rides, concerts, contests, and other special events were held over the next several years to bring excitement back into the theater. With a better quality sound system, brighter picture, better movies, clean rest rooms and exciting events, the crowds were coming back. 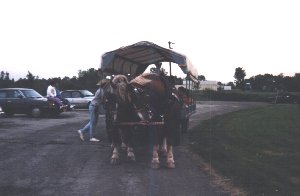 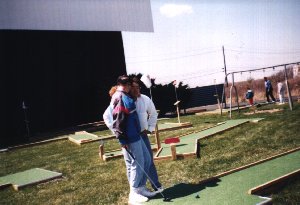 Get to your parking spot early and play a round of Mini-Golf before the show!

On one night in 1991, the drive-in brought in over 2,000 admissions for a showing of "Die Hard 2". In 1994, the Transit added a second outdoor movie screen. In 1995, they added a 19 hole miniature golf course, naming it "The Greens Under The Screen." In 1996 they added a third screen tower. On June 29, 2001, the Transit Drive-in became largest drive-in theatre in the State of New York State when their fourth screen was opened. In 2008, the Transit Drive-in celebrates their 56th summer of Movies and Fun Under the Stars!

Nights with over 1,000 admissions happen virtually every weekend. It is strongly recommended that patrons arrive up to an hour before the advertised show time during the summer on the weekend nights to grab the best parking spaces, use the playground equipment, play miniature golf, have dinner at the refreshment stand, or simply enjoy the sunset while waiting for the films to start.

Today, Rick Cohen is in his 21st season managing the drive-in, and he expects to keep on running the outdoor movies until those people come to put him away in a white room with padded walls. 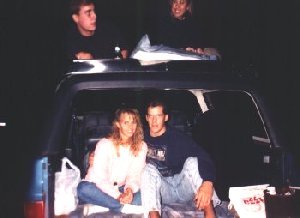 Four friends 'tailgating it' at the the Transit Drive-in 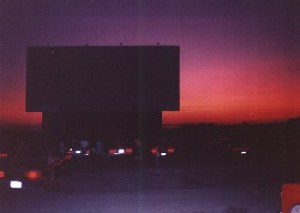 Buy a ticket to the Transit Drive-in, and see a beautiful sunset. No extra charge!

One of Rick's favorite sayings is, "The world really doesn't need any more doctors, lawyers or accountants. What it really needs are more dedicated, loyal drive-in theater managers." Rick's other favorite quotes are "Would you like butter topping on that?", "Vans park in the back rows!!", and "Please don't let it rain this weekend!"