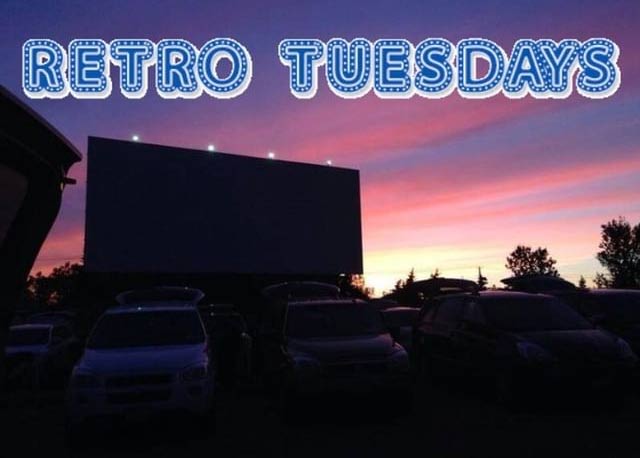 Here is your Retro Tuesday Drive-In lineup for the 2022 season!

May 31: The Breakfast Club + Pretty In Pink

July 5: Willy Wonka and the Chocolate Factory + Wizard of Oz

July 12: Back to the Future + Ghostbusters

August 2: Ferris Bueller's Day Off + Indiana Jones and the Raiders of the Lost Ark

August 16: Monty Python and the Holy Grail + The Big Lebowski